In the winter of 2022, a championship will be held which will make the world’s football fans flutter. It is the FIFA World Cup, a quadrennial global festival. This World Cup will be held in Qatar in the Middle East area, and it will last for a month, from the 21st November until the 18th December. There is a six-hour time difference between Qatar and the Republic of Korea, so from the Korean perspective, most games will start late at night or early in the morning. This will not be a problem with the Koreans who often watch overseas football matches, but the people who do not will be tired. However, why not try to watch the World Cup game at the late time? That experience is going to give you a new enjoyment. Now, I will give you some of the basic knowledge that you will have to know to enjoy the 2022 Qatar World Cup.

What is the World Cup?

In the 2022 Qatar World Cup, only 32 countries who are selected through regional qualifiers from six continents (Asia, Africa, Europe, North and Central America, South America, Oceania) will advance to the World Cup. The country that advances to the World Cup final tournament, is going to play the group stage which will be combined into four countries in a group through a draw. The group stage is progressed by league method, playing a rotating game once with all teams in a group. Thus, every country has a total of three games in the group stage. If they win the game, they will gain 3 winning points, and if they draw, they will gain 1 point. The losing team will gain zero points. Like this, through the group stage, all winning points are added to make a ranking. The first and second country of each group will advance to a round of 16.

-> The score of the F group at 2018 FIFA World Cup Russia (highest ranked: two teams, Sweden and Mexico, were advanced to a round of 16)

The country that advances to a round of 16 will compete in the tournament. The tournament progresses by playing a series of matches where the winning team goes on to the next round. The final two teams compete to decide the final champion. This final tournament must determine a winner and loser, so there cannot be a draw. If the score is drawn, even after finishing the first half and second half, then victory and defeat is determined through an additional overtime. This extra game time has two 15 minute ‘halves’ with a break in between. If the outcome is still not determined after the overtime, then the winner is decided through a penalty shoot-out. The penalty shoot-out consists of 5 players from each team who take a penalty, and the team that scores the most goals wins. The losing countries in the round of 16 will be eliminated immediately, and the winning countries will advance to the next stage. This same process is repeated, and the team that wins in the last stage will be the final winner of the World Cup. Hopefully, this will help you to enjoy the World Cup, watching each match and guessing which country will be the champion.

The official match ball that will be used in the 2022 Qatar World Cup is “Al Rihla,” which means ‘travel.’ The Al Rihla ball flies faster and more accurately than conventional balls. “Speedshell” technology, which is comprised of 20 square pieces of material, treated with polyurethane, increases the accuracy, speed, and flight stability of the ball. Additionally, focusing on sustainability, Al Rihla is the first eco-friendly official match ball of the World Cup, which is made of water-based ink and water-based adhesives. The production company, Adidas, said that the ball was inspired by the cultures, traditional architectures, and the national flag of Qatar. They explained that they used purple and dark-blue to express Qatar, and the speed of a football game getting faster. Let’s look forward to what kind of history will be written in this World Cup with the new official match ball. 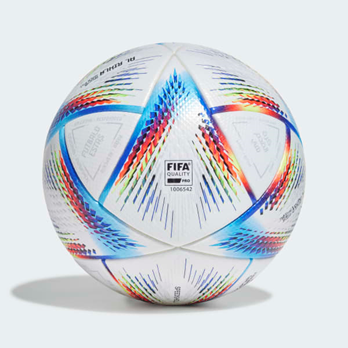 Football Rules, which are More Fun When You Get To Know Them

A penalty kick is an opportunity given to the attacking team, due to a defensive team’s foul. If the defense team’s player fouls in the penalty area, the attacking team’s player (non-foul team) faces the goalkeeper one-to-one and tries to kick the ball into the goal. The probability of strikers to get a goal increases, because there are no defenders who defend the goal area. The position that the penalty is taken from is 12 yards away from the goalpost. At that time, the defense team’s goalkeeper has to stand on the goal line until the attacking team’s striker takes the kick. In addition, other players except the kicker and the goalkeeper, must be at least 10 yards away, behind the penalty mark. 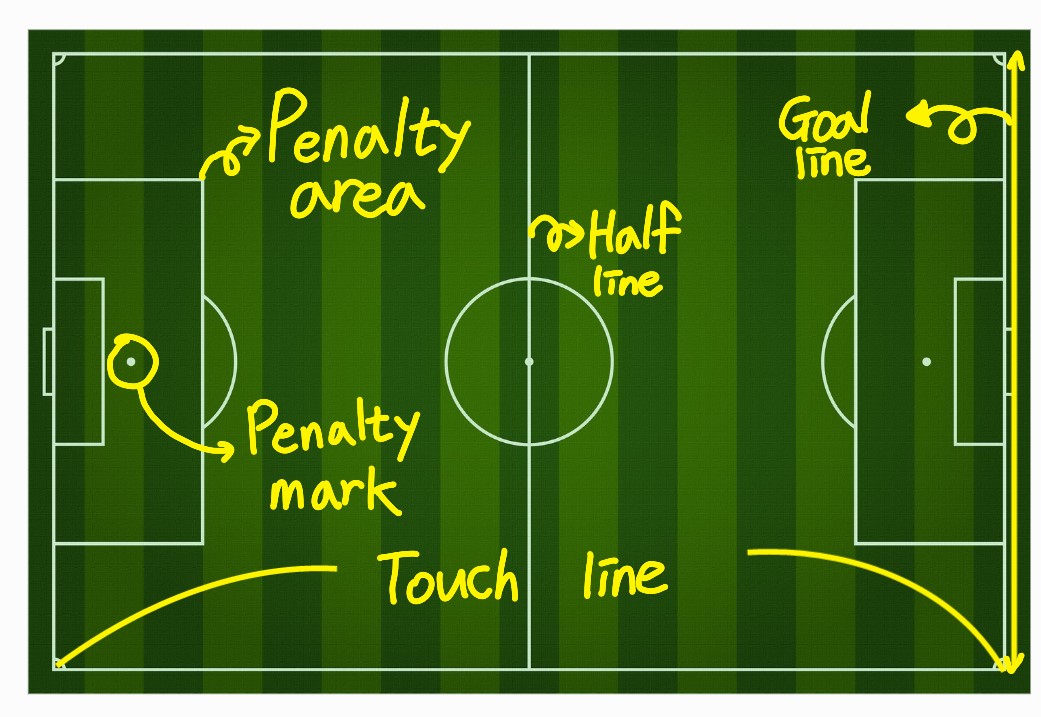 Offside might be the hardest concept to understand for a beginner. However, you do not need to be afraid. Offside will be easy to understand, when you realize the striker’s “location.” The conditions of determining offside are as follows. First, the attacking team player is located ahead of the ball in the opposing team’s position. Second, the defense team cannot have more than two players between the opposing team and the goal line. Third, the attacking team players get a pass from their own team’s player from behind. When these three conditions are qualified, an offside foul is declared. However, receiving a ball directly from the offside location with a goal kick, corner kick, or throw-in does not apply an offside foul. If you still do not know, scan the QR code below. This video will help you.

I think there are very few people who do not know this player, especially in Korea. Son has been a Tottenham Hotspur’s striker in the English Premier League for 7 years. When he plays the game in the national team, he mostly performs actively as a winger. Sometimes, he plays as a center forward, but he mostly plays a role in creating opportunities for the center striker, through breakthroughs in the left wing. When Son gets a pass, he usually passes it on to center forward, but sometimes he directly brings the ball to the goalpost and scores a goal. That is why we have an expectation for Son where he can create a goal when he holds the ball. At the time of the 2018 Russia World Cup, there was a saying that it is nice to give all the balls to Son. Let’s watch the match, and see what performance he will give in this World Cup. Probably, he will correspond to our expectations.

He is the necessary defender of South Korea’s national team. He currently plays for Fenerbahce SK in ‘Super Lig’ which is in Turkey's football league. His position is center-back. As a sweeper of the team, he defends the ball from the opposing team, and even creates a chance for his own team through a long-cross. In the national team, he not only accomplishes all the roles as a defender, but also sometimes participates in an attack, and looks for a heading goal opportunity from a corner kick with his tall height. In the final Asian qualifying round of the World Cup, the opposing team had difficulty in conducting an attack, because Min-Jae Kim blocked the ace striker of the opposing team. When you watch a World Cup match, it would be nice to pay attention to the performance of Min-Jae Kim who is called ‘a monster defender.’ Perhaps, you will be able to feel reassured due to this player.

How to Enjoy the World Cup

1. With Fried Chicken and Beer

Paulo Bento, manager of the South Korean national football team, has made many changes to the team. The result is that he emphasizes the build-up of football from the early stages of preparing for the World Cup. Now the Korean team’s pass play is much more developed than before. As a result, Korea has made history because the Republic of Korea’s team has advanced to the World Cup finals for the 10th time in a row. Let’s cheer together for the Korean national team to do well in this World Cup. Also, let’s expect to see the national team players show us what they have prepared. I am sure they will do just fine. Even if the result is not good, do not be disappointed. The reason they have advanced to the World Cup finals is great in itself. Let’s cheer with a mature sports fan attitude, hoping the players will come back safely and with positive results.